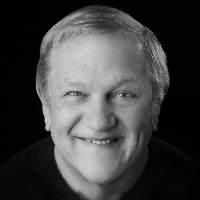 In Memory of Bill Rissmann

Bill was born in 1949 and raised in Skokie, Illinois. He attended Niles East High School and graduated college from the University of Illinois-Urbana Champagne with a degree in electrical engineering. With his deep love of learning, he then went on to complete a masters in biomedical engineering from his alma mater, as well as an MBA from the University of Minnesota.

He moved to Minnesota in the 80s where he became an active volunteer for 30 years with the Minneapolis Aquatennial, which is also where he met his future bride, Mary Beth Anglin (he jokes she was his first boss there and became his favorite permanent boss). He was also an avid volunteer within his church, his son’s Boy Scout troops, Rotary Club, the Minnetonka Vantage Program, the Minnehaha Steamboat, and the University of Minnesota as an adjunct professor. His life mission was helping others in any capacity and was well known for always being there to lend a hand, organize an event, or fix anything.

Mary Beth and Bill married in 1984 in Dubuque, IA and spent 38 years beautiful years together filled with love, laughter, and adventure. Throughout their marriage they lived in Minnesota, California and Florida, and traveled to nearly 20 countries around the world. Mary Beth recalls her favorite things about Bill were that he was a great listener, he always wanted to make her happy, he cared so much about his family, and that he had the biggest, kindest, most giving heart. Family was the most important thing to Bill – they had two wonderful children together (Bridget and Mark) and were actively involved in every aspect of their lives.

Bill was a passionate and lifelong biomedical engineer. His impressive career centered around implantable defibrillators and other medical devices, where he remarkably had nearly 65 patents in his name. He recalled his proudest moment being able to fix a lead in a defibrillator that had been fracturing in people, which saved countless lives. In fact, over the course of his life he likely saved thousands of lives with his innovations. He began his career at Medtronic, then joined Cardiac Pace Makers, Boston Scientific, Angieon, Cameron Health, American Medical Systems, and finally created his own consultancy, Medical Innovations Product Development. He would never say he was retired – until the very end he was always working on a project to help others.

Celebration of Life will be held Tuesday, January 3 at St. Therese Church in Deephaven. The wake will begin at 9:30 a.m.; mass will take place at 11 a.m.; luncheon to follow.

In lieu of flowers, please help us fight to end liver cancer by making a donation to the American Cancer Society.